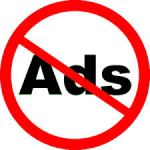 There’s been a lot of chatter recently in the media world about ad blocking. While consumers may be rejoicing over the increasing opportunity to ad block, publishers are panicking about the imminent devastation to traditional online ad revenue models. In many cases, both sides agree that a solution is needed to eliminate obnoxious banner ads. But the question remains how publishers will make up for lost revenue in the face of an already-declining banner ad business.

Ad blocking has been alive and well on desktop for some time. However, the introduction of Apple’s iOS 9 reignited the debate, as one of the new features will allow users to block ads on Safari. Besides offering a better user experience on the mobile web, the feature will also allow users save on data costs since it will block things like auto-play video.

The least effective solutions, in my opinion, would be if publishers either A) ignore the obvious consequences of ad blocking or B) try to fight it. Especially on mobile, traditional display banner ads are not effective. Muriel McDonald said it best in her TINT article: “Humans – internet users – your customers – are smart. They learn quickly what is an ad and what isn’t, and they don’t want to click on your banner ad. The market is unbelievably saturated – the average person is served over 1,700 banner ads per month… Do you remember any of the 1,700 banners you’ve seen in the past four weeks? Neither do we.”

Promoted and sponsored posts across social networks provide a much better alternative to banner ads for both marketers and consumers. The skyrocket of Facebook’s mobile ad revenue demonstrates that its ad units simply provide better ROI. People are more likely to click on content that’s integrated into their News Feed and seamlessly part of their experience.

Publishers may be able to get a piece of the social ad revenue pie through Facebook’s Instant Articles. Snapchat, Twitter, Google and Apple are all jumping onboard the train with a model that shares—or hands over, completely—revenue with publishers in exchange for content. This model is not without its negatives and concerns, as it gives more power to the giant tech companies and is considered by some to be “selling out.” And yet, I would argue this type of “selling out” is better than “going out”– of business, that is.

Ultimately good content will drive revenue for publishers, whether through syndication, partnerships, subscriptions, or entirely custom experiences. Ad blocking will force content creators to be more thoughtful and more creative. There’s no doubt it’s a challenging and disrupted space, but publishers need to adjust to how the Internet is changing. Banner ads haven’t worked for a longtime, and the latest in ad blocking is confirmation that it’s time to move on.

View all posts by Elizabeth Donovan